Starting September 15, 2022, we will be implementing new pricing for our software.

We know that this may come as a surprise, so we wanted to give you a heads up so that you can prepare.

Rest assured, we have carefully considered all of the feedback that we have received from our customers. We believe that the new pricing structure will be more equitable and allow us to continue providing the high-quality products and services that you have come to expect from us.  We have several enhancements coming in version 3 later this year that are exciting!

We continue to plan to keep Bluecherry licenses as perpetual and not charge a yearly subscribe fee for the current features you already know and love.

If you have any questions or concerns, please do not hesitate to reach out to us on Slack. We would be happy to answer any questions that you may have.

Thank you for your continued support.

As previously mentioned we have been working hard on a new cross platform client.  The iOS version is now ready for general testing.

Please note!  If you already have the Bluecherry iOS client installed this will overwrite any server settings that you have.  This means you will need to add the server(s).

Eventually the client will be moved to the App store as a paid app.  If you already purchased the previous Bluecherry iOS app we thank you for your support.  This will be a free upgrade! 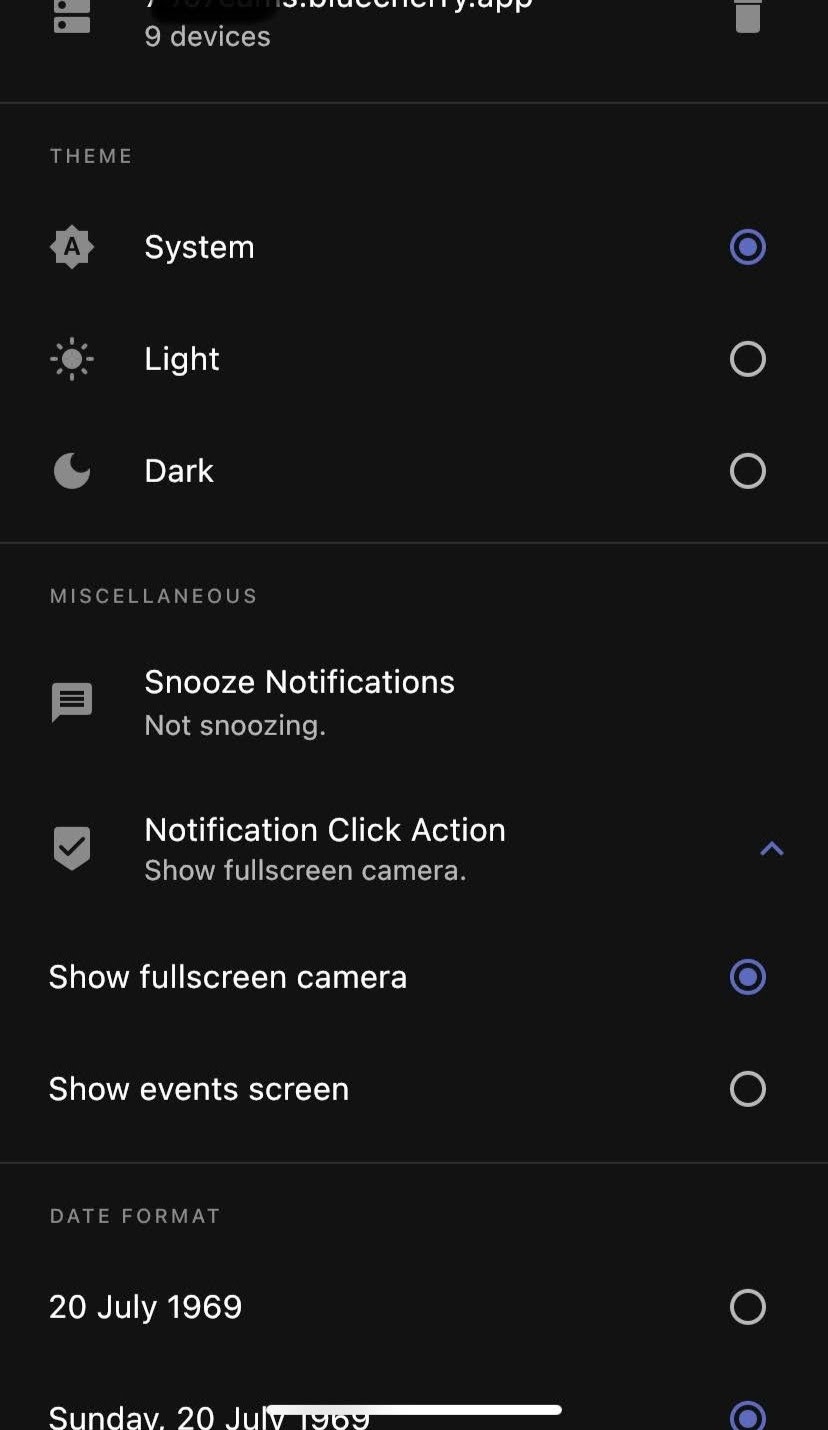 Our team has been working on designing a cross device client code named 'Unity' for several months.  As you may know last year we introduced the iOS / Android mobile client based on React Native.  While this was a good "first step" for a mobile interface we decided to have one code base for the mobile (iOS / Android) and desktop applications (Windows / Linux / OS X).

We looked at different frameworks and decided on Flutter by Google.  Flutter, which uses the Dart language, is relatively new framework that supports multi-platform applications.  While Flutter is still "new", the support from Google and the community is outstanding and development track is rapid.

We expect the new mobile apps to be on TestFlight (iOS) in the next few weeks.  Currently an Android app can be downloaded from GitHub - https://github.com/bluecherrydvr/unity/releases/download/vnext/bluecherry-android-arm64-v8a-release.apk

Features in the mobile app of Unity:

- Theme settings can be selected for Light/Dark/Systems

Select cameras from different servers on the same live view.  This is a big change from Version 1 where only streams from one server could be displayed at anytime.

If you have already purchased the iOS Bluecherry app this will be a free upgrade.  You will have to add yours servers once you upgrade to Version 2 of the mobile app as this data won't be shared between Version 1 and Version 2. 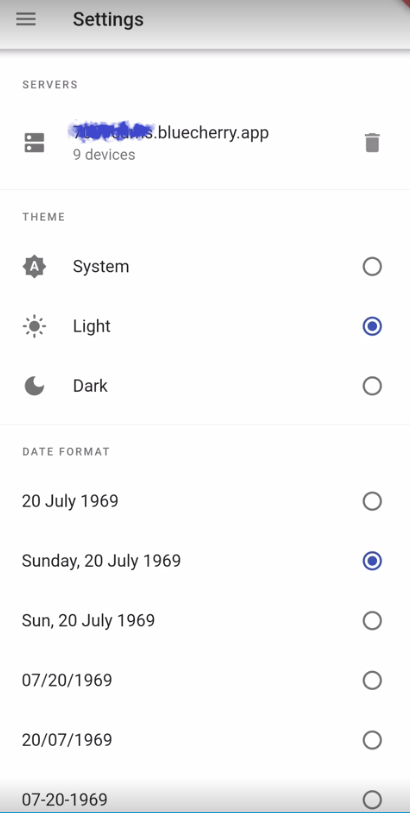 The Bluecherry Mobile iOS app is now available on the App Store.  For a limited time the price is on sale for $2.99, normal price will be $4.99

The TestFlight version will be removed in the near future, so purchase now! 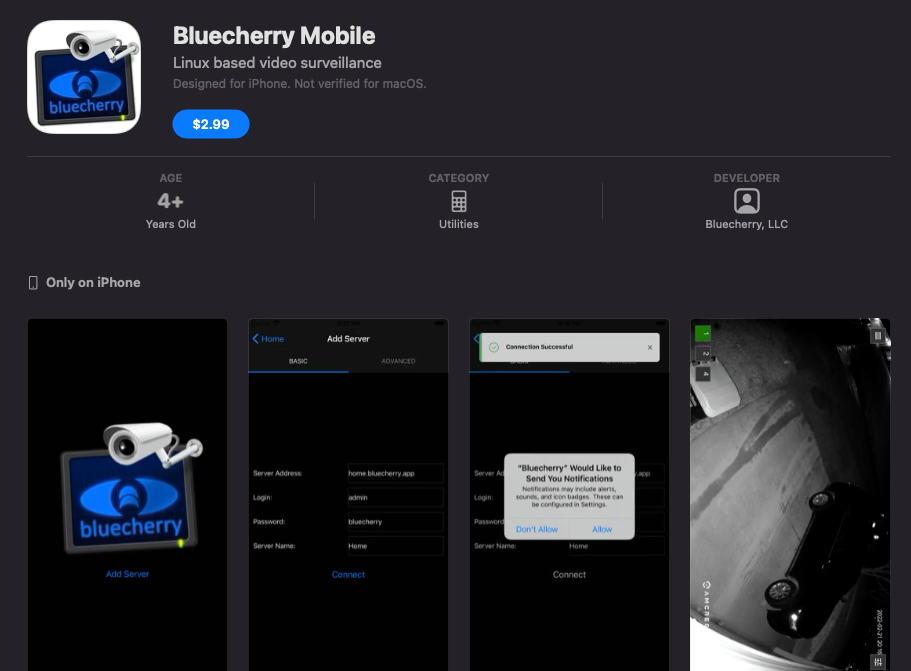 We are working on the next release of the client.  For now we have updated builds for the Windows client (x86 32/64bit) and a new OSX M1 build.

This build fixes a problem with the Windows client crashing during event playback.

Currently packages are available for Ubuntu 18.04, Ubuntu 20.04 and Debian Buster.

Ubuntu 20.10 and Debian Bullseye are expected in the near future

Note:  Currently the SSL / CNAME section is disabled and will be added soon.

Please post any questions / comments on our community forums or on our Slack channel.

If you are running v2 and want to try v3.1.0-rc1 it is recommended that you first backup your database:

After this you can run this command to update your repository to the unstable repository and install version 3.1.0-rc1

Create yours, for free!